Our younger athletes were rewarded for their hard work and dedication last week – they had a great day at the Track and Field Cup Regional Final last Wednesday and the junior team (Years 7 and 8) won! They scored 40 more points than in the county round which is incredible and they were 20 points ahead of the 2nd place team (including those in other finals around the country).The inter girls team (Years 9 and 10) came third and made great progress from the first round. Year 7 Tomi scored a massive 31 points on the long jump and Samaia (Year 9) also scored 31 points in the shot.This was a huge score. Each girl on the team competed in two events and Mrs Bolton and Miss Cardy were incredibly proud of the girls’ mental strength in events that weren’t necessarily their favourite or strongest. Off the back of the District Sports success a large number of our girls have been selected to represent Wokingham at the Berkshire Schools Championships. 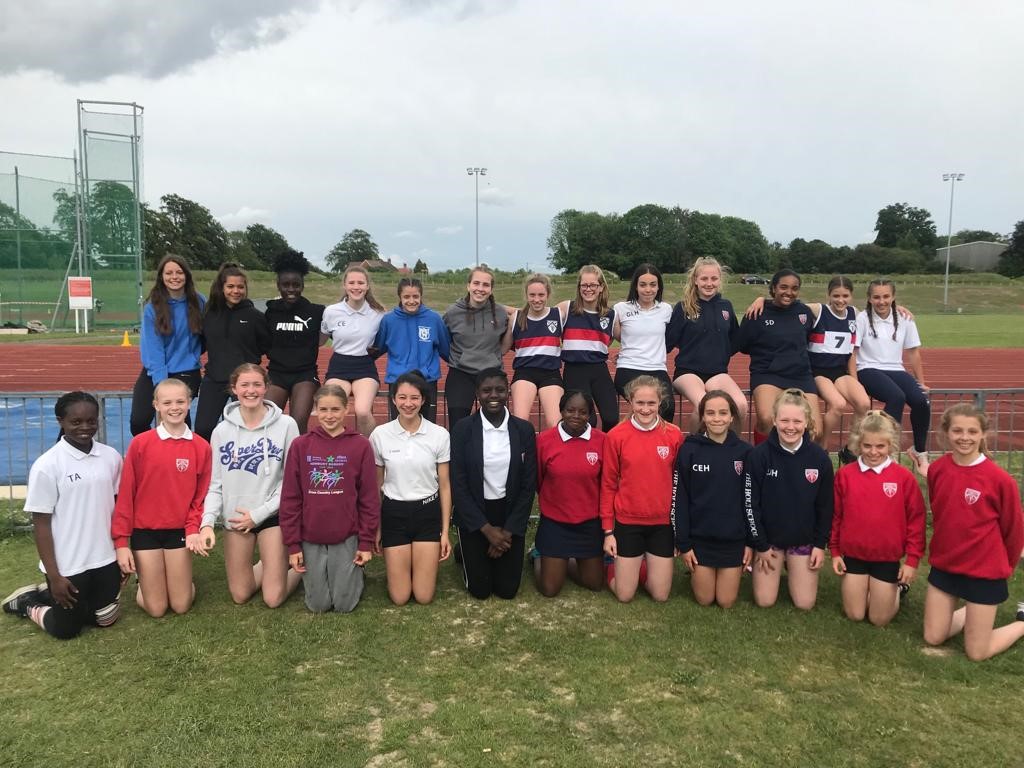 Mrs Pearce and I met with some of the team on Monday at break to congratulate and hear about their training schedules and the competitive rivalry between Reading and Bracknell Athletics clubs. Congratulations to the following girls, who were crowned County Champions at the Berkshire Schools Athletics Championships on Saturday: Lucy –discus, Fatou – 200m, Samaia- Hammer and Natasha – 200m. Well done! Thanks also to Mrs Bolton and Miss Cardy for all their coaching, support and encouragement during practice and the competitions. 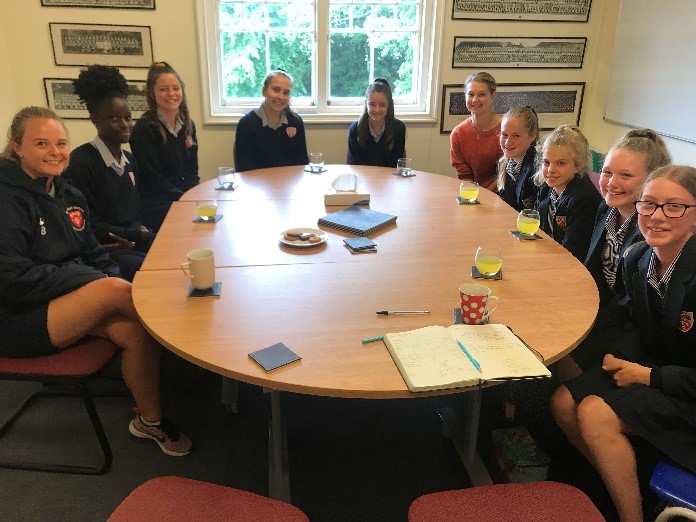 Mrs Smith and Mrs Wragg took fourteen Year 12 students to Leeson House, a fieldwork centre in Swanage last Friday and they were back in school, a little tired on Tuesday morning.The girls worked so hard on their A level coursework – well into the evening – Mrs Smith said she actually had to tell them to stop working at 9pm! The girls were studying the regeneration and branding of Boscombe, the social deprivation of Swanage and the impact humans have on the fragile eco system in Studland Bay as well as the coastal management system that is in place.Thank you to Mrs Smith and Mrs Wragg for giving up their weekend to ensure the students are well prepared for their coursework.

The GCSEs are nearly over for Year 11 with most finishing on Friday with their final physics paper. The girls taking German GCSE have to keep going over the weekend and they finally finish on Monday – Viel Glück!We are excited for all the Year 11s, they have been amazing all through the exams – calm, cheerful and generally taking the exams in their stride…most had over 20 exams to sit. The girls deserve a very well earned break from studying for the next ten weeks

Our sixth form induction day for Year 11 is on Monday 24th June – the day will be an exciting antidote to sitting exams! There will not be a book or pen in sight…..students will develop their leadership and problem solving skills, their self-confidence, teamwork and personal aspirations to help prepare them for success over the coming two years in The Holt Sixth Form. All Year 11, who are interested in studying in the Sixth Form are welcome to come along but need to let us know so we can orgnaise the food for lunchtime – a BBQ! Girls can pop into the sixth form centre to speak to Mrs Gale or click here

It has also been a tough week for our A level students….many sitting four or five 2 hour exams….we are thinking of them all and of course parents too.

Year 10 reviews were out at the end of last week…a reflective Year 10 just said to me at lunchtime today…..‘it was on the table when I got home‘…..‘when is the next one out?‘…..‘I need to turn it around’ I felt for her (and her parents) –but it is better to learn the consequences of not revising in Year 10 than Year 11 – it isn’t too late for sure!

Year 7,8 and 9 students also deserve a relaxing weekend after their two week assessment period – the best bit of assessments/ exams is the lovely feeling that it is ok to do nothing for a while.

Finally, good luck to our Year 9 Magistrates Bar Mock Trial team who are competing at the Royal Courts of Justice on Saturday in the national finals – enjoy the experience!